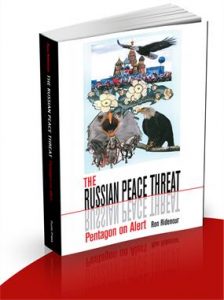 The growing loyal audience of Ron Ridenour’s The Russian Peace Threat may be heartened by the news this title has now been (finally!) accepted by a number of influential distributors, including the following:

Draft2Digital and Smashwords both push books into many ancillary channels, notably Baker & Taylor (which specialises on libraries). Draft2Digital works with Blurb, and IngramSpark, which also offer wide coverage and distribution to libraries. The rollout uses the electronic edition as its main platform, but all channels who have the capability and disposition to do so may also fill orders on standad POD.

The terms offered by Punto Press are standard trade. The international price is pegged at USD$12.99, while the library price ranges from $15.99 to $25.75.

As of this writing we are waiting for the green light from Overdrive, Bibliotheca, and 24 Symbols, among others. Overdrive is of particular interest since they are (with Baker & Taylor) the top specialists in distribution to libraries and university archives.

For direct orders or specific inquiries, please contact me directly.

Like much of the Europa Trilogy, TOE is an absorbing novel whose narrative develops against the backdrop of a world dominated by the struggle between the Western “way of life”, soaked in American and political cultural values, and a world that refuses to adopt such an anti-humanist corporate template and chooses to build its own separate identity. END_OF_DOCUMENT_TOKEN_TO_BE_REPLACED 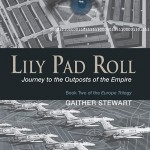 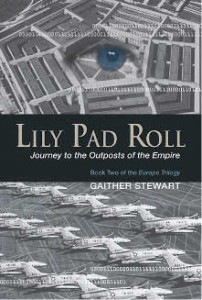 
The book is being distributed by Lightning Source/Ingram.