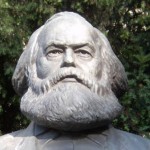 Contemporary, accessible…This is an ideal introduction to socialism for modern readers
RECOLLECTION OF THINGS LEARNED In his new book Stewart shows how capitalism inevitably divides humanity through wars, racism, sexism, and class antagonism. He defines the key aspects of socialism and gives us an historical overview of its development, including critiques of the attempts to achieve it. He presents socialism not as an idealistic panacea but as a sensible process of overcoming humanity’s divisions and building economic and social democracy, where the resources and productive capacity of the world belong to its people, who use them to meet human needs rather than to generate private profits for a few owners. He argues convincingly that reforms can never achieve this goal; the system must be overthrown, and that requires revolution. Stewart inspires us that, yes, this can be done and we are the ones to do it. He calls us to revolution in prose that is clear, graceful, and always impassioned. Recollection of Things Learned is an excellent book for understanding our times … and changing them.

I wager his closing words will resonate with you for quite some time, as they do with me:

Planet Earth is amok. We live in a world in which, despite frequent invocations of democracy, corrupt plutocrats and their shills control real power in most parts of the globe. The reality of the true situation of social man is however concealed and obfuscated by disinformation, propaganda and blatant lies so that the 99% remain in chains and in a state of unawareness…

Equality has become the major criterion between the rich and the poor, between the Right and the Left. The Left, though in disarray, struggles for equality. The greedy Right in its drive for endless accumulation strives for ever more inequality. Right and Left are therefore at permanent war.

The social-political-economic war between the two classes of rich and poor, of Right and Left, has been going on since the emergence of private property many civilizations ago.  Since the poor are getting poorer and endless war is so good for business, war is destined to continue until the day the 99% rise up and crush the entire system of the 1% and create from the bottom up a new form of society.

Peace activist William Hathaway is a man of many talents. He began his writing career as a newspaper reporter in San Francisco, then joined the Green Berets to write a book about war. A World of Hurt (Taplinger and Avon) won a Rinehart Foundation Award for its portrayal of the psychological roots of war: the emotional blockage and need for patriarchal approval that draw men to the military. CD-RING (Lobster Press) is a young-adult novel about a boy learning the futility of violence and the need for peaceful communication. Summer Snow (Avatar) tells of an American warrior in Central Asia who falls in love with a Sufi Muslim and learns from her an alternative to the military mentality. Radical Peace: People Refusing War (Trine Day) presents the true stories of war resisters and deserters in the USA, Europe, Iraq, and Afghanistan.

Editor’s Note:
This book is published by Punto Press, a publishing imprint of The Greanville Post. Purchasing this book will count as an indirect donation to our efforts. And if you like the book, please consider posting a review with Amazon!