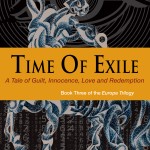 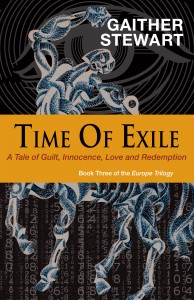 Like much of the Europa Trilogy, TOE is an absorbing novel whose narrative develops against the backdrop of a world dominated by the struggle between the Western “way of life”, soaked in American and political cultural values, and a world that refuses to adopt such an anti-humanist corporate template and chooses to build its own separate identity.

Reviews so far have been almost uniformly enthusiastic. Notably, despite its obvious lyricism, some critics have called TOE an overly “didactic” book.  Others have praised the trilogy precisely for that reason. In the opening pages, critic Aleksandr Tarasov, who reviewed the book in its pre-publication stage, tackled this issue head on:

There is no surprise that Gaither Stewart’s final volume in the Europe trilogy is the best of the lot. His long awaited prose is carefully crafted to evoke a sense of loss and fear that an expatriate or more adequately an “exile” can only experience– something vividly real in Stewart which hovers over the surface of the book. Stewart is the exile and chooses to defend his literary life with this volume.

His exposure of recent political crimes against humanity and the absolute slash and burn politics of western imperialism across the globe are certainly not incidental. And,WE are actors in this debacle of loss just as Elmer Redway is its catalyst.

All good novels set before the protagonist a choice. Choose the right thing (we hardly even have an idea what that means anymore) or join the herd of jackals and continue to bring humanity down to the Hobbesian level until it disappears (Social Darwinism).


For more information on this title, please contact R. Prudice at RobertoPrudiceTROM@puntopress.com