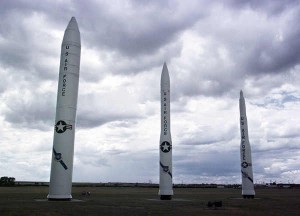 By pure chance the two events occurred simultaneously: On a summer morning I read a reference to Aristotle’s discussion of possibility and probability in Meyer H. Abrams’ book, The Mirror and the Lamp, (in 1998 labeled by Modern Library one of the one hundred greatest English-language non-fiction books of the twentieth century). On the same day, I read several press articles concerning the demands of neocon madmen in the U.S. to “pull the trigger” on Russia, Iran and/or Syria

Also, or rather, especially Liberals, who today continue their love affair with warlike-Peace Prize winner, President Barack Obama and—conveniently forgetting Libya, Ukraine and Serbia-Kosovo—obstinately refuse to believe the probability or potentiality of a U.S military attack on Russia, Iran or Syria, who think widespread torture by the USA unlikely and reject outright the mere idea that the USA is, or is rapidly becoming, a fascist state, would do well to read up on the subject of possibility-probability.

The question belongs to philosophy and history, yes. But the duality of possibility-probability is an eye opener in our comprehension and evaluation of daily news feeds and the shortcomings of the mendacious mainline press: I have in mind what the press does not tell us at all, or, worse, that it tells us only what it thinks we need to know. The question plays a major role in each of our lives.

While possibility can be measured and quantified, no one understands for sure what probability means. Mathematicians and statisticians—as did Aristotle himself—have many complex theories but they really do not know. Some people consider probability merely a feeling or a hunch, an expression of something that might or might not happen. In fact probability is in reality nothing more than the estimated measure of the possibility that an event will occur. We see it in police films, the decisive “probability” that fingerprints or DNA match which can clinch a death sentence.

However, since apparent impossibilities sometimes happen, another approach is to distinguish probability from what is possible and what is plausible, and not forgetting the terrifying consequences if the improbable does occur. Here we should keep in mind the folly of pinpointing Russia and Iran as US targets. But, as we all should know by now but unfortunately precious few do chiefly because of the great American brainwash and the mendacious and lazy US media.

It is of course true that just because a thing is possible does not have to mean it is necessarily probable. Yet in the example of a US attack on any one of its targets today we have the following factors to deal with: American possession of—in the words of the President—“the best military in the world”, a huge nuclear stock pile and the possibility-capacity to deliver a nuclear bomb wherever it desires, combined with the unknown X factor of the nature of man and his propensity to harm others and himself. So what seems improbable to many people because of its very enormity—e.g. nuking the ancient country of Iran—is possible.

For improbabilities after all do occur. And man has always had that unpredictable evil stain. Therefore, uncertain futures—cyber crimes of gigantic proportions,, disastrous floods, financial market collapse, or devastation by a terrorist nuclear attack must be considered as distinct possibilities, in fact, probable. In the same light, I think philosopher-sociologist-historian Paul-Michel Foucault (1926-1984) must have always kept in mind the system of similitudes (similarities) in measuring probability: fresh possibilities are (nearly) always present. Successive comparisons can indicate increasing probability … though it can never be certain that the event will happen. So our convicted murderer can go to the gas chamber- especially if he is black) even though the one-billionth DNA comparison-possibility might have proven him innocent.

I recall vividly arguments of the time before the great acceleration of the war in Vietnam with two close friends who maintained that America could never, in no case, commit the atrocities committed by Nazi Germany. And that, despite the historical fact that we had already dropped at least two atomic bombs on Japan. However, that was before the massacre at My Lai and before the USA napalmed Southeast Asia for the world to see, before it unleashed wars against Iraq and Afghanistan and resorted to systematic waterboarding and other tortures in Guantanamo.

So we know that under certain conditions and in a certain environment man is capable of almost any good or evil act. Man can be peace-loving and warlike at the same time. Depending on his culture and ethic and environment and mood and the very nature of man each characteristic is both possible and probable.

Which completes the circle, so to speak. We are drawn back to the loadstone of the socio-political question. To the struggle that has gone on since private property emerged in ancient societies. We should know this old story. The proprietor-capitalist lords it over the wage earner who to change his situation is obligated to rebel. But the capitalist does not change; the capitalist is capable of any act he can get away with. He can torture or nuke and imperialize as he pleases. Each according to his own nature. Within the realm of possibilities the most abominable improbabilities can occur.

In the capitalist sphere the political leadership makes the decision to nuke A or B country, the intellectuals justify the decision ethically, and the military and police execute it. In these times the fact that a hostile odious act is possible becomes the ethical justification of the event.

One Response to “Possibility—Probability of Nuking Russia”