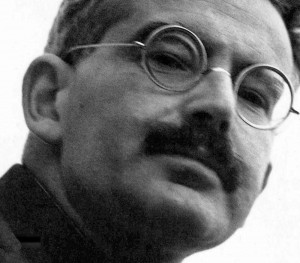 The Editor-in-Chief and the Managing Editor of The Greanville Post, of which I am an editor, have informed me that I now have my own column on our satellite site, Punto Press, the literary (press) arm of The Greanville Post Group. Punto Press is also the publisher of several of my books, which are discussed, analyzed and advertised on this same site. I have been told that I can write here anything I want here: fiction, non-fiction, reviews, thoughts, ruminations, meditations, absurdities and stupidities.


I am extremely grateful for this generous but also somewhat frightening liberty (that I am the first to warn myself is not total scribbler’s emancipation because, unfortunately, there is a downside to my unchained and free-wheeling inclinations within that freedom: I have to assume responsibility for my wayward ways, deviations and errors: misspellings and typos, (venial mistakes, after all), inconsistencies (predictable when you tend to think in many directions at once; after all, you’re not an academic, are you?), weirdness (finally I come up with a worthwhile literary quality!), bad grammar (the fault of faulty schooling), worthless judgements (my ugly religious childhood training rearing its ugly head) and ridiculous conclusions (hardly unexpected aberrations).

Comunque (means ‘anyway’, in the language of Dante) I stand nude before any reader who by chance stumbles onto my lines.

I will begin at where I think I am now. A good way to phrase it, GS! In these days I am giving myself over to reading Walter Benjamin’s ILLUMINATIONS. Now this project—and project it is—might seem to the casual reader considerably easier than reading complex Hannah Arendt, who edited this book of Benjamin’s Essays and Reflections. I assure you, that is not the case. The thing about Benjamin is that his charm and beguiling style mislead you into thinking reading him is a piece of cake. That however is the mistake of taking fischi per fiaschi, as Italians say any chance they get, literally “taking whistles for flasks”, with the meaning of “barking up the wrong tree.” (The reader will forgive me these playful little Italianisms to which I’m addicted; I’ve been living in this country forever.) For Benjamin, on one single page, can lay so many innocent appearing traps and introduce such seductive prods to follow him off into dark perturbing labyrinths (I prefer the latter for the direction of his lures) so that your head swims, vertigo arrives in wave after wave, and you spin like a top, undecided whether to close the book and go get drunk on a fiasco of Chianti or to follow him into a darkness so deep that you will need a string to find your way back out. That is Benjamin for you.

Today I was reading—no! I was studying—his essay, “The Storyteller”, allegedly about the Russian fabulist, Nikolai Leskov, in which I hoped to gather Benjamin’s thoughts on literary forms which I intended combining with the thoughts of György Lukàcs in his THEORY OF THE NOVEL and E.M. Foster’s ASPECTS OF THE NOVEL into a coherent discourse on the art of fiction writing. Instead, I suddenly found myself dealing with antinomian ethics, without an understanding of which ploughing ahead with The Storyteller was senseless.

So off I went to the web to learn that Antinomianism was born among Christian thinkers after the Protestant Reformation: Antinomians believed that faith and divine grace alone guaranteed salvation in the hereafter, and that merit and good works of mercy counted little. Today, as Benjamin helpfully points out, Antinomianism is the theological opposite of legalism and works of righteousness and obedience to Christian law, which, apparently, are never enough.

By the same token, that belief may be extended to an individual who rejects a socially established morality, defiant of societal rules. Freedom from moral law. It seems then that this old form of Christianity (and we’re still within it) would support both the Donald Trumps and/or at the same time anti-bourgeois revolutionary morals and goals. Beautiful thought, that last. You make a revolution and you gain salvation. Delightful conclusion, too. Muslims do it. Why don’t more Christians convert to Antinomianism and try it? Have your cake and eat it too. Really going in for sayings today, GS. Still, to carry that a step further, the same mechanism—faith in exchange for salvation—seems to work well for religious terrorists, Christian and (to my surprise) Islamic fundamentalists, though I’ve never heard either of them called Antinomians. Not yet. Maybe after this column. Narcissistic consideration.

Comunque, (that Italian word again, this time for ‘still’), we know that radical Muslims (as a rule, it seems, on some foreign payroll) have long believed the same. Antinomians all, albeit unbeknownst to themselves. Or, perhaps—and I truly regret introducing here the confusing element of the Islamic Bektashi Order who WERE similar to Antinomians: deviate groups somewhere out in Turkish Anatolia and among some Sufis and former Ottoman intellectuals, people who abandon mainstream Islam and permit practices like drinking alcohol and not wearing the veil. Yell ‘Allah u akhbar’ as a sign of your faith, blow yourself up and carry fifty people with you to Paradise.

Revolution seems to have unexpected merits both on Earth and in Paradise. Oh, my god, or rather al diavolo, the devil take those thoughts and also those of diabolical Benjamin that are running absolutely wild and … and you can’t say I didn’t warn you of the weirdness. Unleashed. Unfettered. Unbridled, soprattutto, (Italian for above all).

This is where mysterious, arcane and baffling Walter Benjamin draws closer and closer to Dostoevsky to the point that he writes: “depravity becomes saintliness” and I myself—and hopefully you, too—now understand what he meant.

Though ancient Greeks as a rule applied these dramatic words to the individual—Antigone’s flaw was her stubborn loyalty for which she paid with her life—we today apply these words also to entire societies or nations. We can label Europe’s hubris its Eurocentrism; its hamartia (for which the ancient Greeks would perhaps punish it collectively), is its destructive nationalisms on the one hand, and its contemporary subservience to America on the other. END_OF_DOCUMENT_TOKEN_TO_BE_REPLACED

One Response to “The Storyteller”