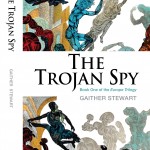 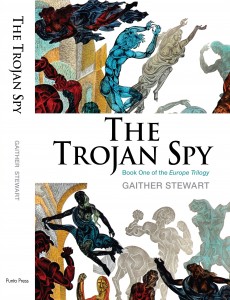 WHEN I began The Trojan Spy in 2007, I intended writing a story about an extraordinary man, a Russian spy, who at the end of World War II was sent from Moscow to Berlin to become a sleeper and a future secret agent for the victorious Soviet Union. During the Cold War he became a double or, perhaps, a triple agent. The fictional figure of cosmopolitan, polyglot Anatoly Nikitin had been developing in my mind long before I wrote the first words about him. At the time I did not realize where Nikitin would eventually lead me. For during his long career extending from post-war Berlin well into the twentieth century he acquired many admirers and imitators on both sides of the conflict and gave birth to a series of characters who followed in his footsteps and ultimately fought wars far different from his. END_OF_DOCUMENT_TOKEN_TO_BE_REPLACED