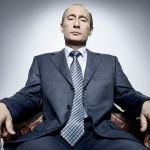 When a resolution introduced by the Israel Lobby is delivered to Congress, it passes unanimously. If Israel wants war, Israel gets its wish. When Israel commits war crimes against Palestinians and Lebanon and is damned by the hundred plus UN resolutions passed against Israel’s criminal actions, the US bails Israel out of trouble with its veto. END_OF_DOCUMENT_TOKEN_TO_BE_REPLACED 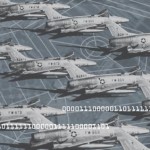 By sheer coincidence the badly under-reported subject of US military bases around the world (and their purposes) is finally receiving some serious attention in various essays and two forthcoming books, one by David Vine, the author of this article, an anthropologist and critic of US foreign policy at American University, and Lily Pad Roll (Punto Press), a spy/military thriller by Gaither Stewart, our European correspondent and a writer of considerable knowledge on the same topic. Lily Pad Roll is slated for publication sometime this fall.
____________________ 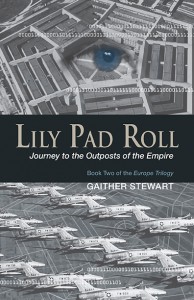 Crosspost with Countercurrents.org
and Tomdispatch.com
Introductory words by Tom Engelhardt


It was January 15, 2004, and TomDispatch had only been in existence for a year when Chalmers Johnson, author of the prophetic book Blowback (published in 2000 and a bestseller after the 9/11 attacks), did a piece for this site entitled “America’s Empire of Bases.” He wrote then: “Due to government secrecy, our citizens are often ignorant of the fact that our garrisons encircle the planet. This vast network of American bases on every continent except Antarctica actually constitutes a new form of empire — an empire of bases with its own geography not likely to be taught in any high school geography class. Without grasping the dimensions of this globe-girdling Baseworld, one can’t begin to understand the size and nature of our imperial aspirations or the degree to which a new kind of militarism is undermining our constitutional order.” END_OF_DOCUMENT_TOKEN_TO_BE_REPLACED

P.C. I’m curious about the man behind the stories – especially the three great stories which make up the “Europe Trilogy”. Great not just because they’re superbly accomplished as stories, with wonderfully interesting and engaging characters; but great – and also important – because they’re supremely relevant to the bizarre and dangerous world we’re living in. But to start on a lighter note: you have two most unusual first names: Gaither and Gwaltney, neither of which I’d ever come across before. What possessed your parents to give you such exotic names – and can you tell us where they come from? END_OF_DOCUMENT_TOKEN_TO_BE_REPLACED