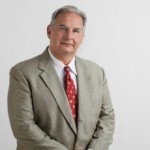 In this interview from Digital Book World 2013, Robert Gottlieb, Co-Founder and Chairman of Trident Media Group discussed the evolving role of literary agents in an era where, as Gottlieb described, “risk taking for publishers has been diminishing for two decades.”

Gottlieb started Trident Media Group in September 2000 after 24 years at the William Morris Agency. His list of bestselling authors have included Tom Clancy, Dean Koontz, Janet Evanovich, Deepak Chopra, Sherrilyn Kenyon and many others. Since launching Trident, the agenting world has changed dramatically, a reaction to the emerging digital reading marketplace and the changing acquisition strategies of publishers are a result of ownership changes at the biggest publishing houses.

“Since large corporations took them over and are expecting a much higher profit margin for the sale of the book, so the matrix has been changing…As agents we’re impacted by what happens in the publisher acquisition and retail space, no matter what our own ethos is and no matter what we like to do as an agency, or how we like to perform as an agency. However, that doesn’t stop us from trying our best within the space at it exists today in supporting authors we represent, and getting them to a new and better place each time a new book comes out.”

To support their authors, Trident Media Group began distributing backlist ebooks and front list originals from its authors in 2011, to both domestic and international e-book retailers. According to Gottlieb, the reengineering of agency roles is required to maximize value for its authors in the new and complex e-book publishing field.

“I view it more like book packaging,” Gottlieb said in the interview.” “At Trident, for instance, we take traditional commissions for all the services we [offer], we don’t hold rights as a publisher would hold rights, and we also assist an author in their own self publishing in their contracts with retailers and also in assisting them with their marketing of their backlist or front list titles if they wish to do that with their original ebooks,” he said.

The ebook program “helps authors better establish themselves with real serious sales figures that then can re-engineer themselves back into traditional publishing.”

Rich Fahle is Founder & CEO of Astral Road Media, an innovative marketing services agency for authors, artists, and other content creators. He is also the founder of Bibliostar.TV, a new video portal for authors and books. At Astral Road, he oversees the implementation of author marketing strategies that fully capitalize on the emerging digital marketplace, including platform and content strategy development, streaming video and audio production, website development, and digital publishing guidance. Prior to Astral Road, Fahle was Vice President, Digital Content, E-Commerce and Entertainment for Borders, Chief Spokesman and Media Relations Manager for the cable TV network, C-SPAN and a manager at Kramerbooks, in Washington, DC.