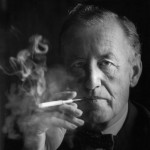 In a world in which active compassion for our fellow humans was the norm, would such extravagances be tolerated? A question at least worth asking. But I’ll leave it open. I’m going to tackle the simpler question as to whether anything of consequence lies below the surface of the seemingly harmless escapism of the 007 movies, and in particular “Skyfall”. END_OF_DOCUMENT_TOKEN_TO_BE_REPLACED