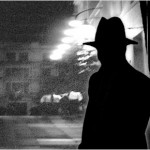 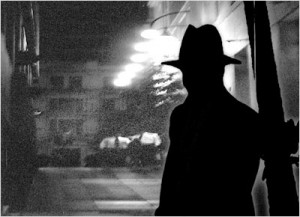 Gaither Stewart’s The Trojan Spy takes the thriller genre an important step forward, advancing it from the work of his predecessors John le Carré and Robert Ludlum. Le Carré and Ludlum rebelled against the conventions of the classic spy thrillers, which assumed that we’re the good guys who are under attack by bad guys so evil that we’re justified in bending the rules to save ourselves from them. In that world, lies, deceit, sabotage, and even murder are sometimes necessary to defend peace, justice, and the American (or Western) Way against (pick one, depending on when the book was written) Nazis, communists, or terrorists.

Le Carré and Ludlum made the genre less predictable in terms of identifying the bad guys. Instead of these being agents of the particular ennemi du jour, as in the simplistic 007 stories, they gave us plots revolving around corrupt politicians, rogue secret service agents, and insider conspiracies—as in the film Syriana, or le Carré’s The Constant Gardener. The perennial theme of many of le Carré’s stories is the callous amorality of secret services—especially the American and British ones—who routinely betray others, even their own agents, for very questionable ulterior motives. The good guys—whether civilian or secret service—are often sacrificed for political or operational ends.

In Ludlum’s “Bourne” series of books and films the suggestion is that the hero, Jason Bourne, has been subjected to mind-altering techniques which largely erased his original persona, replacing it with that of a programmable assassin. There are clear links here to secret government-sponsored programs such as MKUltra—which were more than likely used in a number of recent faked “terrorist” bombing incidents, notably those of the “shoe bomber” Richard Reid and the December 2010 “underwear bomber,” Umar Farouk Abdulmutallab—both of whom were described by witnesses as appearing confused and disoriented, with glazed eyes.

Le Carré’s 2008 novel, A Most Wanted Man, is among those books and films which have taken on the issue of so-called “extraordinary rendition”—the entirely illegal abduction, removal to secret locations and subsequent torture of alleged “terrorist suspects,” though in most cases no charges are ever brought. The tactic was openly admitted in the US, even praised, and justified as a necessary part of the bogus “war on terror”—in reality a war of terror on both the post-1990 newly coined “enemy,” radical Islam, and on the general public, which has to be convinced of a non-existent external threat to allow the inexorable expansion of the “national security state” and the concomitant loss of civil liberties.

Rendition and state-sponsored torture—and more recently the equally illegal and barbarous high-tech “assassination by remote-controlled drone” which is fast becoming the favorite “toy” of Western military and secret services (with surveillance drones already operating in some urban areas)—are of course subjects which deserve to be exposed by writers of conscience. Until Gaither Stewart, however, no major thriller author confronted the issue which underpins and lends spurious legitimacy to the whole “war on terror”: large-scale state-sponsored “false flag” terrorism, the well-attested reality of the major incidents of alleged Islamic fundamentalist terrorism since the first, FBI-assisted World Trade Center bombing in February 1993, part of the concoction of the new “enemy” to replace the then defunct “Red Menace.”

This is puzzling, in view both of the incontrovertible evidence assembled by assiduous independent researchers, and of the extent of the “collateral damage” caused by the lies. However disgusting rendition and torture are, the number of their victims is relatively small. But the lies which lent spurious justification to the invasion and occupation of Afghanistan and Iraq and to the expansion of the war into Pakistan have left a trail of death and destruction of major proportions—perhaps as many as six million dead and the lives of many more millions blighted, with no end in sight. The bogus war continues to spread, with large parts of Africa targeted, accompanied by derisory claims about all manner of alleged “al-Qaeda linked” terrorist entities supposedly threatening the West.

In A Most Wanted Man, set in Hamburg, le Carré has his German domestic intelligence agent Bachmann (one of the good guys in this story) express—in a powerfully emotional outburst—his anger and frustration at the supposed “failure” of the German police and intelligence services to round up “the Hamburg Cell” and thus supposedly prevent the 9/11 attacks. As early as the fourth page of the book we have its author repeating the official nonsense of the supposed piloting, by Mohammed Atta, of one of the allegedly hijacked planes, despite the complete absence of credible evidence that any of the supposed hijackers was on any of the planes. It is difficult to understand how an author like le Carré, whose stories are always meticulously researched, can accept the patently absurd official lie in a matter of such grave importance.

Gaither Stewart dares to go where le Carré, Ludlum, and other authors fear to tread. In The Trojan Spy he is not afraid to state the truth that the bad guys are predominantly to be found in the US and its Western allies, whose intelligence agencies are often revealed to be working in a strange symbiotic relationship with groups publicly demonized as “terrorists”—most famously, of course, that creation of the CIA, al-Qaeda, now joined by the agencies’ new tool in North and East Africa: the shadowy “militant Islamist” organization al Shabaab; or in the case of the “Operation Gladio” bombings and murders in the Europe of the ’70s and ’80s, with far-right paramilitary groups trained and armed by the CIA and MI6. Their activities are used to provide justification for further wars of economic conquest.

Stewart provides the geo-strategic and political context without which the various elements of the jigsaw puzzle make little sense, with the illegal wars, rendition and torture, ever larger “defense” budgets and the growth of the national security state at home, oppressive and intrusive surveillance and curtailments of civil rights, entrapment and faked bomb plots—all alleged to be responses to the specter of a claimed resurgent extremism in Islamic countries. Acceptance of any part of the official myth of Muslim or Arab blame for the major “terrorist” outrages of the last decade fatally weakens the case against the wholesale demonization of Muslims. If “they” did it, invasion, occupation, torture, and the rest are, in the eyes of many, justified “to prevent them doing it again.” Following the evidence trail instead of the myth, Stewart exposes the hidden agenda of neo-imperialism and the driving force of the fear of the old enemy, Russia, which holds Western strategists in its grip.

Stewart’s subversive heresy virtually guarantees that The Trojan Spy will be ignored by the propaganda machines of the corporate mass media. It’s a dangerous book, and a very good one—characters with complex personalities who act in unexpected ways, a well-structured story full of surprises, authentically rendered settings, and a direct but graceful narrative style. The writing shares the thoughtful, meditative qualities of le Carré’s and the brooding menace of Ludlum’s. If Stewart had followed the conventions of the genre, reinforcing the myth that the West is Best, The Trojan Spy could have been boosted by the media into a best seller. But it’s a better book than that—a book that tells the truth. Selections of it are posted on the publisher’s website, and elsewhere at The Greanville Post, a publishing sponsor of this novel.

William T. Hathaway’s books include A World of Hurt (Rinehart Foundation Award), Radical Peace, Summer Snow, and CD-Ring. A selection of his writing is available at peacewriter.org.

Paul Carline considers himself self-deprecatingly as a “jack of all trades and master of none.” His career spans teaching music and German, work in special needs communities, store owner, direct democracy activist, and general truth campaigner (recent targets including pseudo-science, biblical mistranslation, state-sponsored false flag terrorism, and pseudo democracy). Now in hopefully graceful semi-retirement, Paul works sporadically as a writer, translator and editor, and musician. He authored the preface to the second volume of The Europe Trilogy: Lily Pad Roll. He lives in Scotland.