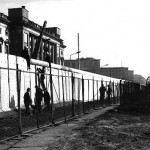 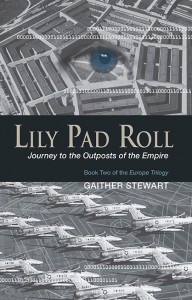 Gaither Stewart is a shatterer of myths. In The Trojan Spy, volume one of the Europe Trilogy, he shattered the myth that the USA is fighting terrorism and showed instead how our government works in a symbiotic relationship with the so-called terrorists. Now in Lily Pad Roll, volume two of the trilogy, he shatters the myth that America is invading countries and building foreign bases in order to defend the homeland and secure oil supplies. He shows instead that the deeper motive for this slaughter of hundreds of thousands of our fellow human beings and the resulting near-bankruptcy of our country is brutal geopolitics: the desire of our ruling elite to weaken their chief rivals, Russia and China, and to prepare for war with Iran. Stewart’s artistic skills make this case more convincingly than a dozen academic analyses could.

The lily pads of the title are the new US bases now proliferating on the borders of Russia and extending towards China, allowing troops to hop quickly from one to the other in strategies of domination on the Eurasian chessboard.


Some of Stewart’s characters are seeking to expose and stop this aggression, some are determined to extend it by any means necessary, and others are trying just to stay alive in the crossfire. Most of them are deracinated internationals adrift in the New World Order but alienated from it: Cliff, ex-CIA operative who quit because he couldn’t stand the ruthless killing. Haunted by his past, tormented by guilt, he seeks solace with Elizaveta, the painter who can see into others and capture them on canvas but who refuses to reveal herself. Masha, her mother, fragile and vulnerable after decades of trauma. Karl Heinz, who uses his cover as journalist to ferret out and expose military secrets but whose commitment to truth is also a way of escaping his self image as a rich dilettante. Katharina, needy of love but unable to give it. The erotically lush Antonia of the German body and Slavic soul. Günther, the well-connected German businessman who can arrange entry into the secret bases … but at what cost? Ilya, survivor of the NATO terror bombing of Serbia, witness to his country’s dismemberment, whose sense of justice has been tempered into a sword by these geopolitical atrocities. Elmer, MIT dropout turned military electronics specialist whose conscience overcomes his cynicism and turns him into a dangerous whistleblower who must be eliminated. Raymond, agent entrepreneur, freelance spy, driven to take revenge on others for his personal misery. Their lives cross and interweave into a fabric of suspense that is ripped asunder at the end, leaving two of them dead and the world much changed.

The story unfolds primarily in the Balkans, that crossroads of history, and Stewart renders the settings masterfully: Sophia and Belgrade, grand old cities now enduring the crass glitz of the new capitalism that has been hastily thrown over their hewn-stone mansions and communist-concrete highrises, filled with recently impoverished people disoriented from the lost security of socialism, trying to survive imperialist machinations from afar. The plot also takes us to Munich and Berlin, sleek citadels of empire; Moscow, capital of confusion; and Istanbul, the eternal.

If all that wasn’t enough, Sarah Edgar’s cover for the novel is also superb: In a play on Foucault’s panopticon, an all-seeing eye stares out at us from the center of the Pentagon. The image implies there’s no place to hide from the empire. Stewart’s story convinces us, however, that although shattering the empire’s myths can be dangerous, it’s morally necessary and can be achieved through courageous resistance. Lily Pad Roll is a book of hope.

Shattering myths has also been dangerous for Gaither Stewart’s career. The Europe Trilogy was shunned by mainstream publishers and review media because they are propagating the myths Stewart is shattering. The books are published by an independent house specializing in the literature of resistance.

William T. Hathaway is an adjunct professor of American studies at the University of Oldenburg in Germany. His books includeA World of Hurt (Rinehart Foundation Award) and Radical Peace: People Refusing War. A selection of his writing is available atwww.peacewriter.org.