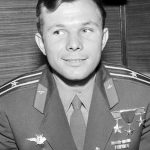 HELP ENLIGHTEN YOUR FELLOWS. BE SURE TO PASS THIS ON. SURVIVAL DEPENDS ON IT.

An important, absorbing book for our crisis-ridden time met with determined hostility (as expected) by the system’s gatekeepers, and myopic indifference by many on the left (or what passes for it). Is anyone awake?

If Vladimir Putin really wanted to hurt the United States he’d send Russian bombers to drop copies of Ron Ridenour’s Russian Peace Threat: Pentagon on Alert on schools throughout America. Chronicling US crimes and obstructions against peace for over 100 years, this Tsar Bomba of a book ranges over the 1918 US invasion of Russia, US capitalism’s neverending collaborations with fascists and takfiris, the Cuban Missile Crisis, JFK’s assassination, Soviet involvement in Afghanistan and the momentous year 2001 when Vladimir Putin offered to align Russia’s foreign policy with the US only to get repaid by the US serving notice that it would withdraw from the Anti-Ballistic Missile Treaty, setting off a new arms race. (Your humble reviewer believes that the only reason for the US to leave the ABM Treaty is that Dick — the real “decider” — Cheney decided that a nuclear war could be fought and “won.”)

Aside from an exciting account of the Russian revolution, there’s little in the book about Russia’s domestic affairs over the past century. Instead, Russia and the US are contrasted in their foreign policies and dealings with each other. The chief takeaway is that Soviet and Russian leaders from Stalin to Khrushchev to Brezhnev to Gorbachev to Putin were/are a whole lot more cautious, practical and less ideological than their US counterparts. (Fidel Castro wanted the Soviets to leave tactical nuclear weapons in Cuba but the Russian leadership overruled it for the sake of peace. Russia played an instrumental role in the Iran nuke deal and, of course, convinced Assad to destroy Syria’s chemical weapons.) The worldwide “communist conspiracy” was largely a mirage covering up a reality of the US continually poking the Russian bear with fascists on its western border and Islamic fanatics on its southern border.

Ridenour has been something of a Zelig-like figure on the left: one of 4,000 people that Nixon put on a list to be rounded up and incarcerated in a concentration camp and also a target of dirty tricks instigated by the FBI and the LAPD. He reported from the 1973 Wounded Knee occupation, lived for years in Cuba (writing for Prensa Latina) and once, during an anti-war protest with Jane Fonda and Tom Hayden, witnessed the LAPD beat up wheelchair-bound Ron Kovic with blackjacks.

“…the international capitalist class was terrified of the success of the Russian Revolution and doing everything and anything to keep it from spreading, strangling it in its “cradle” as the racist war criminal Winston Churchill said. Capitalism is always and forever the most insecure system — it knows perfectly well how unjust it is.”

The timeliness and necessity of Russian Peace Threat was shown on February 12 when the Smithsonian magazine published an Uncle Sam-splainin’ article about the US invading Russia in 1918. The article worried itself with the problems of the US invaders rather than pointing out the criminality and real reason for the invasion. US troops, says the headline, were just “caught up” in this war — pure happenstance that they were thousands of miles from the US, killing innocent Russians defending their homeland. But, as Ridenour meticulously details, the truth is that the international capitalist class was terrified of the success of the Russian Revolution and doing everything and anything to keep it from spreading, strangling it in its “cradle” as the racist war criminal Winston Churchill said. Capitalism is always and forever the most insecure system — it knows perfectly well how unjust it is. Nowhere in the Smithsonian article is it mentioned that the US destroyed 25 villages in the Russian Amur district alone or that America’s democracy-spreaders burned the peaceful village of Ivanovka to ground, killing 1,300 inhabitants.

One of my favorite parts of Russian Peace Threat is the blow by blow account of how Cuba defeated the United States of Satan at the Bay of Pigs. It reminded me of Marx’s description of the communards in the Paris Commune. Also gripping is the story of Russian submarine Captain Vasili Arkhipov, sometimes called “the man who saved the world” because of his cool-headed actions during the Cuban Missile Crisis. As Ridenour details, there’s actually a lot more to this story of nuclear-armed Russian submarines off the Cuban coast during the crisis. Cut off from all communication with the world, the submarines had no clear orders when to fire their nuclear torpedos, besides being pounded by depth charges and unsure if war had started between the US and Russia.

Interestingly, the Cuban leadership always had a more positive view of JFK than one would think considering that, of the 638 US-sponsored assassination attempts on Castro’s life, 42 came under Kennedy’s presidency. (Reagan led with 194, followed closely by Nixon with 184. Even the pious homebuilder Jimmy Carter tried 64 times to kill Castro.) Bobby Kennedy is quoted as suggesting a “Remember the Maine” false flag in order to launch another invasion of Cuba. And JFK, just 10 days before he died, approved a CIA plan for destroying Cuba’s largest oil refinery, a large electrical plant, sugar refineries, railroad bridges, harbor facilities and the underwater demolition of docks and ships. Yet the Cuban leadership’s overall view was that JFK had to appease crazy US generals and CIA officials.

Bobby Kennedy suggesting a “Remember the Maine” false flag might come as a surprise to many but is completely in line with the history of the US ruling class. Ridenour ticks off the list of false flags, skullduggery and psy-ops: the “Maine,” the Gulf of Tonkin, Operation Northwoods, Operation Mongoose, COINTELPRO, Operation Mockingbird, the tale of Iraqi soldiers throwing Kuwaiti babies out of incubators and Gaddafi’s Viagra-popping “black African mercenaries” raping their way across north Africa on their way to Europe until mercifully euthanized by NATO bombs. Immense lies have to be told repeatedly to prep the US working class for war. Reading the list makes me wonder why many left-ish pundits are so incurious about 9/11 — about why, for example, World Trade Center Building 7 fell for two seconds in freefall into its own footprint even though no planes touched it. Considering how monolithically deceitful the corporate media is on Syria or Venezuela, is it paranoid or just common sense to believe that Operation Mockingbird (or something like it) is still going on? 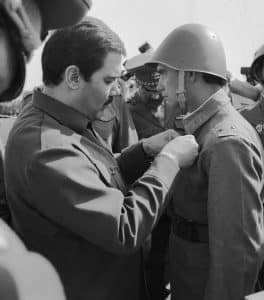 Dr Mohammed Najibullah, last president of Afghanistan, tortured and martyred by the Mujahedeen, pinning a medal on a Soviet serviceman.

Another standout chapter concerns the Soviet “invasion” of Afghanistan in the 1980s. With the US arming, funding and training Islamic fanatics in the countryside, the progressive government in Kabul begged Soviet leaders for 20 months to come to their aid. Russian leaders resisted and were bitterly divided — some, like Alexei Kosygin, foresaw the disaster to come for Russia — but they finally assented and, as the architect of the chaos and bloodshed Zbigniew Brzezinski said, “We gave the Russians their own Vietnam.” (Here, too, we see the Soviet leaders’ preference for caution and practicality rather than ideology. This time it was in the person of Leonid Brezhnev who urged Afghan President Taraki to go slower on social reforms to get more public support for them from conservative Afghanis.)

It appears that Syria, Iran and Russia are driving the US out of Syria but it’s well worth pondering Afghanistan then and Syria now when the US can bring the world’s deadliest weapon — the US dollar’s reserve currency status — and almost unlimited resources to bear on any conflict. (Trump said in December that he’s getting out of Syria but ever since he said it, the US has increased both personnel and war material in Syria.)

Ridenour notes that the US and Britain have used the Muslim Brotherhood and assorted takfiris for almost 100 years to divide and conquer Southwest Asia. Brainwashed Americans will be surprised to learn that Afghan women could vote, be politicians, were most of the nation’s teachers, allowed full education, worked in most trades and decided whom to marry and what to wear — and all of that (and more) is what the US destroyed because Brzezinski wanted to give Russia its “own Vietnam.” The US modus operandi is to do exactly opposite of what it says, in other words: “help” means “destroy” — something that Venezuelans are currently getting very familiar with.

There’s so much more in Russian Peace Threat: General Smedley Butler exposing the “banker’s plot” to overthrow FDR, the US/Russian space race, the 2014 US-funded overthrow of the Ukrainian government and the 1990s disintegration of the Soviet Union which is now looking like one of the greatest disasters in working class history, not just because of the suffering and shortened lives of the Russian people but because it turned Uncle Scam loose to wreak unbridled havoc on the world.

How important, interesting and useful is Ridenour’s Russian Peace Threat? Look at the photo below of all the pages I turned down. (An index would have made it even more useful!) With Russia moving its borders closer and closer to US military bases (ha, ha), the US placing missile launchers with both defensive and offensive capabilities in eastern Europe, the Russians countering with the development of hypersonic weapons, the shortening of the time either side has to decide whether to launch nuclear missiles, the Bulletin of Atomic Scientists’ Doomsday Clock now at two minutes to midnight, the eagle and bear parrying and squaring off in the Ukraine and Syria and, perhaps, now in Venezuela — well, this is the right book at the right time for explaining much of the current world. 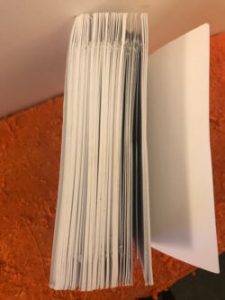 ABOUT THE AUTHOR
Senior Contributing Editor Randy Shields can be reached at music2hi4thehumanear@gmail.com. Read other articles by Randy, or visit Randy’s website.

THIS WORK IS LICENSED UNDER A Creative Commons Attribution-NonCommercial 4.0 International License